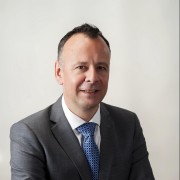 China has permitted a long-anticipated trading link between Hong Kong and Shenzhen’s stock markets.
The Shenzhen Connect was due to be launched more than a year ago, but was postponed due to market volatility. It is now planned to go live by the end of the year.

The move comes as China looks to open up its $6.5 trillion (£5 trillion) equity markets to foreign investors.

Beijing has also been pushing to have its bourses included in global index providers MSCI, but their bid was last rejected in June.

Chinese Premier Li Keqiang was quoted as saying the scheme “marks another steady step towards building a law-regulated capital market with international features”.

The overall quota limits for the link between Hong Kong and Shanghai’s stock exchange, which was launched in late 2014, was also lifted. Daily quota limits, however, remain in place.

“It is a welcome signal that policymakers are keen to press on with financial reform as concerns over market volatility and capital outflows fade,” he wrote in a report.

“However, limited appetite overseas for mainland equities means the direct impact on equity valuations and capital flows will be small.”

Hong Kong is the world’s second busiest bourse and has benefited from the Stock Connect scheme as mainland investors look to buy overseas assets to counter the weakening Chinese yuan currency.

Meanwhile, Shenzhen is Asia’s busiest exchange with monthly turnover of more than $1 trillion, according to the World Federation of Exchanges data.

However, some investors believe the new link won’t see huge demand due to the high valuations of mainland stocks.

“In the short term, I very much doubt this will drive significant flows into Shenzhen shares as a lot of stocks are expensive,” Caroline Yu Maurer, head of Greater China equities at BNP Paribas Investment Partners said.

The quota usage for the Shanghai to Hong Kong Stock Connect was more than 80% when southbound while the northbound quota used was around 50%.

Investors have been nervous about investing in Chinese stocks after the market crashed last summer and the government intervened by spending billions to prop it up.

Mainland Chinese shares have fallen around 12% so far this year while Hong Kong is flat.